After 23 years in human resources, I would like to say that I’ve heard it all. But, as soon as I say that, something outrageous happens.  You see, humans are curious creatures with the ability to surprise at every turn.  As a result, we can find ourselves in some bizarre situations from time to time. Those situations are bound to intersect with the world of work eventually.

We’ve all had one of those days when we just didn’t feel like going into work.  It could simply be because the weather outside is too gorgeous to stay cooped up in a cubicle all day or we have just reached our limit of stress and anxiety.  If we don’t take a day off soon, we just might go postal.  Numerous studies have shown that being stressed and overworked results in increased numbers of “sick days”.  In fact, 3 out of 10 workers say they took a sick day because of stress and exhaustion.

I certainly don’t need some survey to tell me that there are some companies that are not the best when it comes to giving employees time off.  I know because I’ve been there.  That place where work never seems to end and there is no hope of reaching the point when you might actually get to do something you enjoy.  Sure, some people find that career they love doing more than anything else.  Those people are the lucky ones.  For everyone else, it’s a never-ending grind of work and more work.

It has been a conscious choice for many employers to refuse paid time off for employees and that decision has been a major influence on the employment laws we have in the U.S. Consider this, at least 134 countries have laws setting the maximum length of the work week.  The U.S. is not one of them.  In fact, the U.S. is the only industrialized nation without a mandatory parental leave.  Additionally, according to the U.S. Bureau of Labor statistics, the average productivity of the American worker has increased by 400% since 1950.  Yet, we are the only industrialized nation without legally mandated annual leave.

So, we continuously push employees to produce more and more, work more hours than those in any other industrialized nation and our workers get absolutely appallingly small, if any, amounts of paid time off.  It’s almost as if we are begging our employees to call in “sick”.  So, while I understand how frustrating it is when an employee misses a scheduled shift, I also know that sometimes people just need a break.  Contrary to some corporate cultural beliefs, human beings are not filled with infinite amounts of energy that corporations can consume at will.  Humans beings under extended periods of strain and stress will eventually break.  In fact, stress is the #1 cause of health problems in the U.S.  So, if you are a company providing health benefits to your employees, but not providing ample paid time off, you’re really just shooting yourself in the foot.

As stated earlier, I’ve had the opportunity to live the life of the “no paid time off” employee.  Where 12 and 13 hour days are the norm and requests for time off are viewed as career slacking.  I have broken.  I have called in “sick” just because the weather was so beautiful.  I have called in “sick” because I absolutely could not take another day of the insanity of work.  That was then, things are different now.  Now, I regularly take mental health days.  These mental health days not only improve my productivity, they improve the quality of my life.  Just because I have the flexibility to take time off now doesn’t mean I have forgotten what it’s like to work non-stop all year long.  Because of this, I appreciate the excuses employees come up with to miss work.  Some of the excuses listed below actually happened to employees, but, I’m sure some are also just made up because the real absence reason is less acceptable.  I didn’t investigate and verify each of these call-in excuses, but they are pretty entertaining.

Here are my top 20 absolutely insane excuses for missing work:

Just think, if employers actually gave employees ample paid time off, the number of unscheduled and unexpected “sick” days would decrease.  Having been the one to cover for someone who is absent, I would much rather know it’s coming in the form of a scheduled vacation well in advance than to show up to work in the morning and find out my workload has just doubled.  It would also be easier to handle the extra workload if I knew I could take some time to recover after my co-worker returned from their scheduled time off.

Giving employees paid time off is the humane thing to do.  While I realize we are not going to jump in feet first with an opening of 40 days off per year like some countries do, we must start with something.  It’s time we join the rest of the civilized world and give our employees a break.  Maybe then, they won’t have to come up with so many creative excuses for taking the day off. 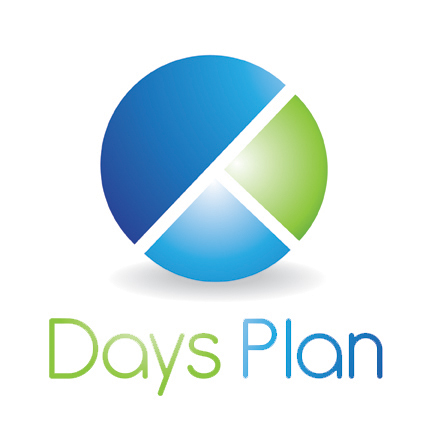